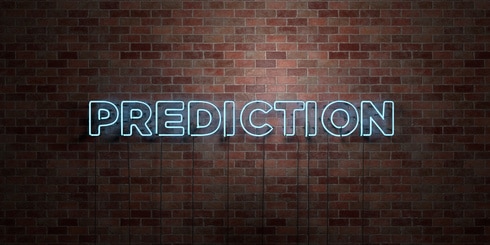 I had the pleasure of getting to talk to some of the best and brightest thought leaders in the legal industry and share their knowledge with you. Here are some of the exceptional people I got to interview in 2017:

Jeena Cho, Author of The Anxious Lawyer, talked with us about “Diversity And Gender Bias In Legal Profession.”

Sam Glover, Editor in Chief of Lawyerist, educated us on “How To Maximize Your Exposure with Conferences, Blogging and Social Media.”

Roland Vogl, Executive Director of CodeX, shared with us “The Origin Story Of Codex Stanford And The Future Of The Practice Of Law.”

John E. Grant, Founder of The Agile Attorney Network, explained “The Agile and Lean Approach to the Practice of Law.”

Dina Eisenberg, Founder of Outsource Easier, taught us “How to Exceed Client Expectations and Get Paid Doing It.”

I want to thank them as well as Will Petersen, Laura Nelson, Alexander Paykin, Amy Wan and Chelsey Lambert for being my guests and being generous with their time and experience for our benefit.

2017 was a year of hype and hyperbole around innovations such as artificial intelligence, blockchain, bitcoin, chatbots and voice bots.

If you just read the headlines, one couldn’t be blamed for believing that the end of employment as we know it was in sight as our robot overlords marched to replace us. Likewise, the soaring valuation of bitcoin cast a spotlight on blockchain; startups based on it raised tens of millions of dollars in initial coin offerings that later fell under the skeptical eye of the SEC.

Also, acquisitions of legal tech companies, such as Allegory Law by Integreon, and Twitch Co-Founder Justin Kan’s launch of a new tech platform for law firms, showed an increased appetite for innovation and investment in the legal space while the 85 year old Am 200 law firm Sedgwick closed its doors.

2018 will be even better for the legal industry.

My prediction is that the hype and hyperbole of legal tech innovation will cool into much more practical and useful applications. Here are a couple to keep a watchful eye on.

Not to be confused with artificial intelligence where the implication is that computers will be taking over. Augmented intelligence will focus on adding value to knowledge workers (like lawyers) to make their jobs easier and more fulfilling. For example, using predictive analytics to mine law firm client data to project whether a potential new client has a financially viable case or not. A determination not based on a gut judgment or feeling, but on fact that could assist a law firm in remaining profitable.

Not the kind of blockchain that will create a revolution and set the world on fire, but rather the application of blockchain to mundane matters such as conveyancing and land registries. A county land office could burn down taking years of deeds with it. With blockchain, real estate transactions would be speedy, inexpensive and immutable. And, you wouldn’t have to worry about losing records because they would be duplicated across a vast network of computers.

The future may not be breathtaking, but it will be useful.